Recently, the FoxFury team assisted a Southern California Police Department with a DUI checkpoint by providing area and safety lighting. Below is a breakdown of the set up and logistical details.

The primary purpose of the FoxFury Nomad scene lights at this checkpoint was to keep both police officers and drivers safe. They provided portable, cordless, powerful light that allowed the officers to be flexible and quick with set up and tear down. The officers also used the Color Bands for Nomad 360 scene light in blue, which allowed drivers to see that there was a checkpoint stopping area from far away.

Here is a rundown of the placement of each FoxFury light:

Several officers also wore the FoxFury Scout light on their belts and vests as additional safety beacons. These lights come with all white LEDs or red and white LEDs. When in flashing mode, the Scouts alerted passing drivers of a police officer's presence. When in solid mode, the lights are used by the officers as a tool to read or see important information.

In total, 338 vehicles were screened that night. There were eight total citations issued; two for DUI, six for driving with a suspended license, and one for other criminal charges. We are honored this department used our tools as part of their checkpoint. We look forward to working with them again along with similar departments across the country.

WEBINAR - Scanning Systems for Forensic Investigation
August 24, 2022
Lights for Structural Firefighting
July 20, 2022
Lights for Flooding
July 7, 2022
We use cookies on our website to give you the most relevant experience by remembering your preferences and repeat visits. By clicking “Accept”, you consent to the use of ALL the cookies.
Cookie settingsACCEPT
Manage consent

This website uses cookies to improve your experience while you navigate through the website. Out of these, the cookies that are categorized as necessary are stored on your browser as they are essential for the working of basic functionalities of the website. We also use third-party cookies that help us analyze and understand how you use this website. These cookies will be stored in your browser only with your consent. You also have the option to opt-out of these cookies. But opting out of some of these cookies may affect your browsing experience.
Necessary Always Enabled
Necessary cookies are absolutely essential for the website to function properly. These cookies ensure basic functionalities and security features of the website, anonymously.
Functional
Functional cookies help to perform certain functionalities like sharing the content of the website on social media platforms, collect feedbacks, and other third-party features.
Performance
Performance cookies are used to understand and analyze the key performance indexes of the website which helps in delivering a better user experience for the visitors.
Analytics
Analytical cookies are used to understand how visitors interact with the website. These cookies help provide information on metrics the number of visitors, bounce rate, traffic source, etc.
Advertisement
Advertisement cookies are used to provide visitors with relevant ads and marketing campaigns. These cookies track visitors across websites and collect information to provide customized ads.
Others
Other uncategorized cookies are those that are being analyzed and have not been classified into a category as yet.
SAVE & ACCEPT

Don't forget to complete your purchase!

Enter your details below to save your shopping cart for later. 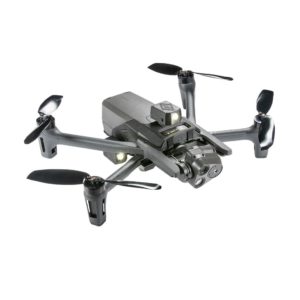