Our only frame of reference for what we experienced this autumn was Hurricane Katrina, but never did we expect that Hurricane Harvey would end up dwarfing Katrina. While I do not want to disrespect what Katrina’s victims went through, Harvey surpassed Katrina in geographic scope and dollar-measured damage by almost double making Harvey the costliest tropical cyclone on record. Harvey also became the first major hurricane to make landfall since Wilma in 2005 ending a 12 year span in which no hurricanes made landfall at such an intensity.

As you can imagine, after a 12 year “drought”, there were many that were not prepared for anything like Harvey and Texas was no exception. In a four day period of time, the peak rainfall accumulation was 64.58 inches, something nobody had seen since 1963 and 1909 before that. There was no room for that kind of water, especially in the areas of Houston, Beaumont and Port Arthur.

We traveled into Beaumont, Texas after a three day stay in Houston. We were not aware that we would become a part of over 72,000 rescues and certainly had no idea that we would be in the middle of a medical operation that would last nearly two weeks in an area that had lost its hospitals to flood water.

It was late August and the heat was heavy with tropical humidity as we arrived in Beaumont, Texas. The local liaison from the emergency management office met us in a parking lot one hour before sunset to give us details about our mission which was to include arriving in Port Arthur the next morning. Perched on lawn chairs and the hoods of cars in a used car lot, we watched as the water continued to rise around us. The levees to our north had been breached and the flooding was continuing despite the rain stopping almost 24 hours earlier.

The parking lot was easily lit with just two Nomad 360s which attracted other responders who joined us for an MRE dinner and a night of fellowship and planning. We ran the 360’s throughout the night with no available power, illuminating the parking lot and providing light for the responders who had brought their boats and 4 wheel drive vehicles for the day of rescues ahead.

Upon arriving in Port Arthur, we were assigned the task of creating a triage area and portable medical center in a Walmart parking lot. Due to the large numbers of evacuees and incoming helicopters loaded with patients, we quickly realized that we had to barricade the area to route vehicles and to cordon off a landing zone which was done by utilizing the Nomad primes as stands with police tape and snow fence strung between.

As sunset drew near, we were asked by the National Guard to move to their location less than a mile away where they were staging behind a mall. The FoxFury lights we had with us were about to become one of the most well-sought-after tools we had…

As we set up behind the mall in Port Arthur, helicopters began to land with more frequency unloading more patients than we had the capacity or the man-power to treat. The sun set quickly and we established perimeters across the parking lot and around our portable medical unit with Nomad Primes and 360s while using Nomad 360s in the medical tents to light patient beds so that medical personnel could perform medical procedures and treat patients. Nomad Now’s were used on the landing zone for the choppers as well as in the parking areas.

As teams of rescue crews left in boats, they were outfitted with Nomad Primes, Breakthrough BTs and even a few Command headlamps as they ventured out in the dark. The morning was spent collecting the lights and recharging them by generator in order to repeat the same performance the next night.

This pattern continued for almost 9 full days and nights as hundreds of patients were treated, evacuated and rescued throughout the Port Arthur, orange and Beaumont area.

One funny thing about FoxFury lights is how hard they are to collect in the morning as responders who have used them in and out of the water in the darkness of electric-free neighborhoods are reluctant to give them back.

Our experience with the Nomad 360s inside of the medical units was spectacular. While many of the victims we treated suffered from dehydration, exhaustion, and minor injuries or illnesses, a large number also required procedures and treatment that would be challenging in the sterile controlled environment of an emergency room let alone in a temporary inflatable military shelter placed in front of a mall’s loading dock. The lights were exactly “what the doctor ordered” with no cords to trip over and the lumens to allow for precise medical work to be done.

Once again, FoxFury lights became that solution everyone needed and stood up to not only the length of time they were in use, but the harsh conditions of water, helicopter rotor-wash, high winds, heat, rough handling and, to be honest, high expectations by professionals under duress.

"The 3-to-4 day rainfall totals of greater than 40 inches are simply mind-blowing that lead to the largest flood in Houston-Galveston history," (Houston's National Weather Service Quote)

During the first 72 hours of the storm, Harvey covered over a 20,000-square-mile area.

As you can see on this map, Port Arthur received 47.35 inches of rain BEFORE the levees were breached. On Wednesday morning, Harvey made second landfall near Cameron, Louisiana as a tropical storm with winds up to 40 mph. We got an additional 3 to 6 inches of rain out of that. Some areas to our direct east experienced 10 additional inches!

Because Houston is pretty much flat, blocked drainage systems and outdated systems caused flooding to be worse. Recent construction and land development has eliminated over 38,000 acres of wetlands leaving the water no place to go.

At least 33,000 people were displaced. We were situated in an area that had lost access to five area hospitals almost simultaneously which is what created the need for our portable medical unit to be deployed.

Power outages originally effected about 280,000 but that number climbed to nearly 400,000 in Texas as we arrived. Without a lighting source that was rechargeable, we would have had nothing. After the National guard requested a generator, we waited an additional 4 days for its delivery. Our lights were charged from our mobile command unit power source.

In Port Arthur, evacuated residents were evacuated AGAIN after the building we were using was flooded AFTER Harvey left the area!

Harvey dumped an estimated 27 trillion gallons of rain over Texas and Louisiana during a 6-day period. Wrap your head around THAT!

Something to note, over 55,000 calls were made to Texas 911 operators in the first 15 hours of Hurricane Harvey.

What we remember the most, with great sadness, is the words of the Governor of Texas as we arrived in Port Arthur. “We need to tell the people that we will return to normal eventually…it will just be a new normal that they are not familiar with.” Two months later, as we write this, we are still in touch with many that we met during our deployment, and we know that the Governor was correct. Life will never be the same for those we rescued.

WEBINAR - Drones for Fire Investigation and Firefighting
May 25, 2022
WEBINAR - T.E.D.D. discussion with Lt Chris Hans
April 26, 2022
ExoDock© Press Release
April 20, 2022
We use cookies on our website to give you the most relevant experience by remembering your preferences and repeat visits. By clicking “Accept”, you consent to the use of ALL the cookies.
Cookie settingsACCEPT
Manage consent

This website uses cookies to improve your experience while you navigate through the website. Out of these, the cookies that are categorized as necessary are stored on your browser as they are essential for the working of basic functionalities of the website. We also use third-party cookies that help us analyze and understand how you use this website. These cookies will be stored in your browser only with your consent. You also have the option to opt-out of these cookies. But opting out of some of these cookies may affect your browsing experience.
Necessary Always Enabled
Necessary cookies are absolutely essential for the website to function properly. These cookies ensure basic functionalities and security features of the website, anonymously.
Functional
Functional cookies help to perform certain functionalities like sharing the content of the website on social media platforms, collect feedbacks, and other third-party features.
Performance
Performance cookies are used to understand and analyze the key performance indexes of the website which helps in delivering a better user experience for the visitors.
Analytics
Analytical cookies are used to understand how visitors interact with the website. These cookies help provide information on metrics the number of visitors, bounce rate, traffic source, etc.
Advertisement
Advertisement cookies are used to provide visitors with relevant ads and marketing campaigns. These cookies track visitors across websites and collect information to provide customized ads.
Others
Other uncategorized cookies are those that are being analyzed and have not been classified into a category as yet.
SAVE & ACCEPT

Don't forget to complete your purchase!

Enter your details below to save your shopping cart for later. 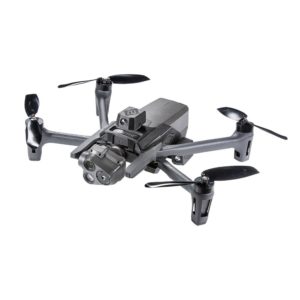